Computer and phone screens aren’t the only source of bluelight. In fact, the sun produces far more blue light than all of the screens in the world combined. However, the vast majority of people don’t stare directly at the sun so they’re not absorbing the blue light in great amounts.

Blue light from screens on the other hand isn’t filtered and only travels a few short feet until it passes through your cornea and into your eye.

Researchers have noticed that our screens produce more blue light than any other kind of light and there’s research indicating blue light can prematurely age your eyes, especially the photosensitive retinas.

One way of protecting your eyes is by adding in certain foods (and supplements) that contains nutrients known to help keep your eyes in a state of normal health.

Eye Defense is for people who want to keep their eyes healthy and who know they’re simply not going to get away from screen time. It is a once-a-day supplement that helps shield your eyes from the damage that comes from daily life in the 21st century.

Lutein and Zeaxanthin:
Lutein and zeaxanthin are two of the most well-known “eye nutrients” in the world. When it comes to general eye health they both act as antioxidants which help to prevent free radicals from causing damage to tissue in your eyes. Their antioxidant activity will keep your eyes nice and sharp.

Vitamin A:
Vitamin A, also known to many as beta carotene is another well-known nutrient for eye health. The way vitamin A helps to keep your eyes healthy is it keeps your eyes lubricated and moist while also working as an antioxidant to help prevent ocular cells from degenerating under oxidative stress

Vitamin E:
Vitamin E is another antioxidant which has been shown to help keep eyes (as well as skin) healthy. The reason vitamin E is helpful for keeping your eyes healthy is because it helps to protect cells from falling into disrepair as we age. As you saw above, exposure to blue light causes premature aging of the eyes (the retinas mainly) and the presence of vitamin E in your diet could stave off eye issues in the future.

Sea Buckthorn:
Sea buckthorn oil is rich in Omega 7 which has the known power to keep your eyes hydrated and reduce the redness associated with minor inflammation in the eye.

Guard Your Eyes (With This)

Our eyes are exposed to so many harmful things. In 2021 you're apt to receive damage from a variety of sources, and we’re not just talking about the sun here. Perhaps the #1 way to damage your eyes is watching the news. Some people would argue that the news damages your brain, but we’re not here to shame anyone for trying to be informed...

Dry eyes are something millions of people deal with daily. Dry eyes are anything but pleasant to deal with. The feelings of itchiness, scratchiness, and irritation are enough to drive you nuts if you can’t get a handle on them...

3 “Normal Things” That Could Damage Your Eyes

You may not know this, but if you want your eyes to remain healthy for years to come… And if you want to ensure that your vision, (no matter if it’s 20/20 or you wear contacts and struggle to see without them), remains as good as it is now…

Does Staring At This Do Damage To Your Body?

If you’re like the average American you spend a significant amount of time staring at a screen. And, if you’ve looked at a screen twice today and looked at it for longer than a few hours… you’re probably doing some damage to your eyes. That’s because the kind of light that screens emit has been shown to irritate and possible damage the sensitive tissue in your eyes.

If You Use a Smartphone

If you use a smartphone, or for that matter, you use a computer more than a few hours a day, I’ve got some helpful information to share with you. The screen you find yourself staring into for hours a day could be damaging your eyes. {Sigh}, I know. It’s like every few steps we take forward in technology is always bracketed by a few steps back. Suggested Use: Take 1 softgel daily with a meal or as recommended by a healthcare practitioner.

Caution: Before taking this dietray supplement, please consult with your healthcare provider if you are pregnant/nursing, have a known medical condition, or are taking any medications.

*These statements have not been evaluated by the Food and Drug Administration. this product is not intended to diagnose, treat, cure, or prevent any disease.

Eye Defense worked, and quickly. The second morning, upon waking, my eyes popped open easily and comfortably. I had been sort of prying them open with my fingers! After two weeks, they feel almost juicy (but not in a wet or unhealthy way). Just very comfortable. Please sell in a larger pill-count per bottle.

Eye health - the most important!

I had a membrane growing on my retina and had it removed in December of 2020. I have been taking HAIOTB Eye Defense every day since then and wouldn’t go a day without it because my eyes are worth it!

Eye Defense is a good product. I have really good eye exams. My only complaint: you get only a month's supply in one bottle. Wish it was a larger size. 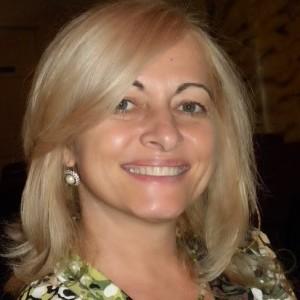 Without it I have tears streaming down my face at random times. I have recommended it to a few friends from Florida and they order now too and love it!